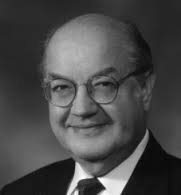 My research is all about Paul Baran. I choose his because of his the one of contributions in packet-swicthed network is important nowadays in our generation.But who is Paul Baran? He is a Polish-born American engineer and born in Poland in 1926. He is the youngest of three children in a Polish-Jewish family. His family moved in the United State on 1928. First in the Boston,then in Philadelphia, where his father owned a small grocery and as a child, Baran delivered groceries for his little wagon. He study and graduate in Dravel University in 1949 and received his bachelor degree in electrical engineering. And he was also hired by the Eckert-Mauchly Computer Company as a technician on the world first commercial computer the Univac. In 1955, he married Evelyn Murply, and moved to Los Angeles,and worked for Hughes Aircraft on radar data processing systems. He worked for 4 year at the same time preparing his Master degree and obtain in UCLA in 1959.

Baran joined in RAND Corporation in the same year and he took on task of designing a "survivable" communication system that couldmaintain communication between end points in the face of damage from the nuclear weapons. According to RAND, " A looming concern was that neither the long-distance telephone plant,nor the basic military command and control network would survive a nuclear attack. Although most of the links would be undamaged,centralized switching facilities would be destroyed by the enemies weapon. He was deciced to automate RAND director Franklin R Collbohm's previous work with emergency communication over conventional AM radio network and showed that a distribited relay node architecture could be survivable.

The use of mini-computer technology that day, Baran and his team developed a simulation suite to test basic connectvity of an array of nodes with varying degree of linking. A network of n-ary degree of connectivity would have a link per node that simulation randomly destroyed nodes and subsequently tested the percentage of nodes who remained connected. The result of that simulation revealed that network where n>=3 had a significant increase in resilience agaist even as much as 50% node loss. Baran's conviction gained from the simulation was that redundancy was the key. His first work was published as a RAND report in 1960, with more papers generalizing the technique in the next two years.

Baran visialize a network of unmanned nodes that would act as switches, routing information from one node to another to their final destinations. The nodes would use a scheme Baran called "hot-potato routing" or distributed communication.He also developed the concept of dividing information into "message blocks" before sending them out across the network. Each block would be sent separately and rejoined into a whole when they were received at their destination.A British man named Donald Davies independently devised a very similar system, but he called the message blocks "packets," a term that was eventually adopted instead of Baran's message blocks.The work of Baran accept by US Air Force for implementation and testing, but was neglected. His series of papers and book however then infuenced Larry Roberts and Kleinrock to adopt the technology for development of the ARPANET network a few years later. Actually the ARPANET was never intended to be a survivable communications network, but some people still maintain the myth that it was. Instead, the resilience feature of a packet switched network, that uses link-state routing protocols is something we enjoy today in some part from the research done to develop a network that could survive a nuclear attack. In an interview with Wired magazine, Baran discussed his vision of how the new technology might be used. "Around December 1966, I presented a paper at the American Marketing Association called 'Marketing in the Year 2000.' I described push-and-pull communications and how we're going to do our shopping via a television set and a virtual department store. If you want to buy a drill, you click on Hardware and that shows Tools and you click on that and go deeper."

After, baran left RAND and become a entrepreneur and private inveator in the 1970's.He was a founder of Institute for the Future and he involved in other develop new technology in Silicon Valley.And he was a founder also of PacketCable Inc. Also he founded the Telebit after conceiving its discrete multitone modem technologu in the mid-1980's. He founded Metricom, the first wireless Internet company, and he founded and was a presisent of GoBackTV, which specialize in peraonal TV and cable IPTV infrastructure equipment for television operators.Baran was also founder of com21, an early cable modem company. He continues to his work in packet-switching to wireless-spectum theory, developing what he called "kindergarten rules" for the use of wireless. He also the inventor of first doorway gun detector.

Baran received numerous of awards and professional honors like IEEE Alexander Graham Bell Medal in 1990, Marconi Prize in 1991, National Medal of Technology and Innovation, Nippon Electronics Corporation C&C Prize in 1996, Fellow of the American Academy of Arts and Science in 2003 and others.

Baran believed that innovation was a "team process" and he didn't seek credit for himself. He said once:"Many of the things I thought possible would tend to sound like utter nonsense, or impractical depending on the generosity of spirit in those brought up in an earlier world." Paul Baran was died in Palo Alto, Califoria at the age of 84 on March 26, 2011 because of conplications from lung cancer.